I had big plans for today.  BIG!  I've wanted to post a Sundays In My City for the longest.  Today was my day.  I woke up early. Ate a good breakfast.  Did a quick load of laundry.  Packed a lunch for The Boy.  Packed the cameras.  All so that we could head into Queens for a day at the zoo.


It took less than 20 minutes to cross the Whitestone Bridge and arrive at Flushing Meadow. After 45 minutes looking for parking, we decided a day at the zoo just wasn't in the cards.  Since we were in Queens, we stopped by parents house.  It was 10:30 in the morning and they were still in their jammies, eating breakfast.  They were also heading out to Staten Island so we left.

We drove to Manhattan to visit the compadres (aka Nino and Uncle Johnny). After a little lunch, we left.  The Boy needed to look for leaves and The Husband had a Giants game to watch.

Before heading back to The Bronx, we took a stroll along the Riverbank. 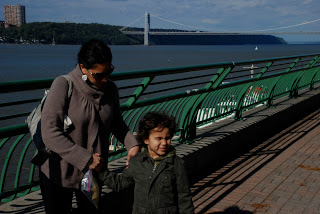 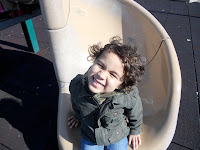 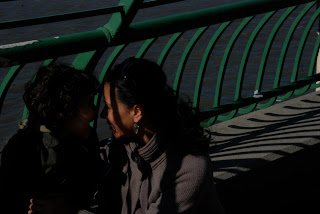 I would have stayed out there longer but The Boy said the magic words: I have to poop.
Needless to say we hurried home to The Bronx.

Later that afternoon, I took The Boy out to the playground so that The Husband could have a few hours to himself to watch the game. 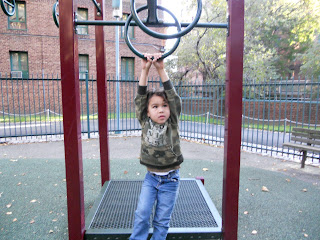 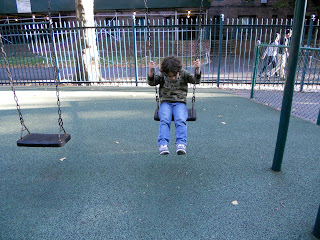 After a while, The Boy said he had to go to the supermarket.  I didn't need anything from the market, but hey, I went with it.  He did so well in the supermarket!  He walked in and knew exactly what he "needed."  He also needed cookies, but I had to draw the line. 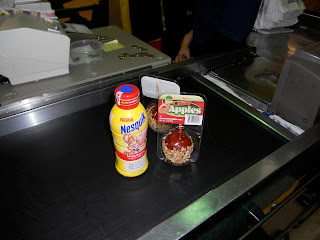 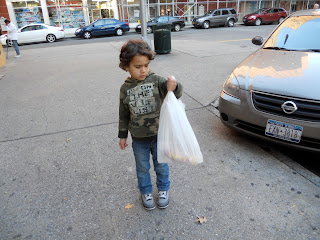 I felt bad that our day didn't go the way I wanted.  But I guess there's  always next Sunday.

What's a Sunday like in your City?
Unknown Mami's Sundays In My City.
Labels: appreciation, Family Time, Manhattan, Mommy Moments, Queens, random thoughts, Relax, Sundays in my City, The Bronx