4 Miles of Hope in Central Park: I Ran My 1st #NYRR Race 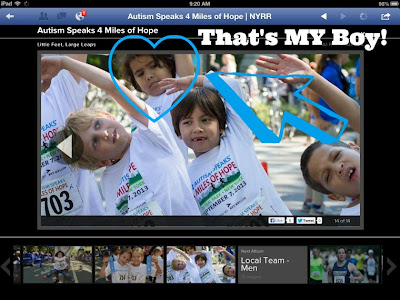 Today we ran our first race as a family. We've been members of the New York Road Runners club for years but really only The Husband runs. The Boy ran his first kids race earlier this year but me? I've never run a race.

This wasn't just any race. This was the 1st New York Road Runners Autism Speaks Race. The Husband said I had to do it. Those were his exact words: You have to do this.

Now I'm not the kind of woman to feel obligated to "have to do" anything, especially if my husband tells me. But this I knew I had to do.

I'm not a runner. I've never run four miles before. But it motivated me to go to the gym and really hit the treadmill. I got up to two miles. The most I've ever done.

By mile 2, I was done. The Husband and his cousin had finished their race. They were waiting for me at the finish line. But my friend (and skilled runner) Rosa talked me through the whole 4 miles, encouraging me the whole time to keep going. I am so grateful. Had she not been with me, I really would have quit.


Rosa: Come on Lisa! You're almost there. We gotta hurry up or else we'll miss Norrin's race.

Me: I've seen him run before. (Towards the end, not even my kid could motivate me.)

I didn't think anyone could be so chipper while running up and down the hills of Central Park. But Rosa, she was pretty chipper. Even while I was complaining and cursing The Husband for making me sign up to run 4 miles.

It was such a beautiful day in Central Park, the perfect day to spend with family and good friends. I feel extremely lucky that our friends came out to run in support of autism. They not only cheered me on but they cheered The Boy on.

And then it was The Boy's turn. He did such an awesome waiting his turn and following the directions. He had his moments but all in all - he did great. I'm proud. This race was longer than the last. And I ran along beside him (that was the stretch that did me in). 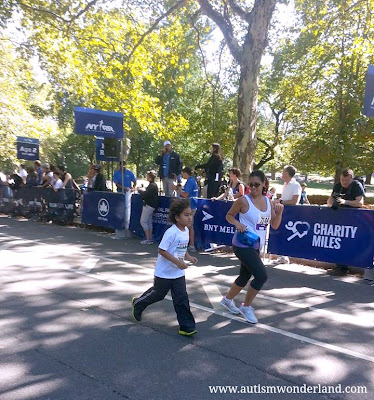 I didn't think I could do it. But The Husband believed I could. Belief is what keeps our little family going. Because we believe, we can never lose hope. 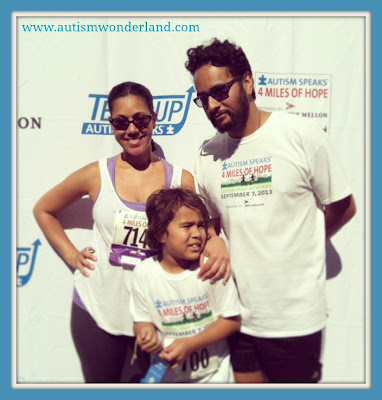