My Immigration Story: I Am Not an Immigrant, I Do Not Look American 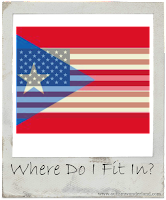 My parents arrived in New York in the late 1950s (obviously, not together - they were children and they hadn't met yet). They arrived by plane without passports; they arrived as United States Citizens. My mother spent her early years in downtown Manhattan (Chelsea), my father in The South Bronx.

I was born on September 18th in Bellevue Hospital. If you know anything about Bellevue, it probably explains a lot about me. (That's NYC humor...) My mother likes to tell the story of how I was almost born in a New York City cab. It was the age before cell phones and beepers. My father was at work and couldn't be notified that his second child was about to be born.

By definition, we are not immigrants. We are American. 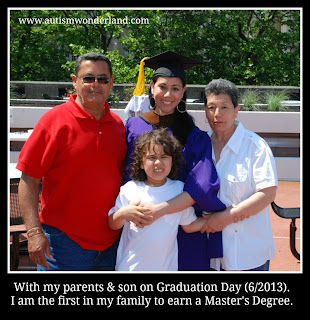 But we don't look American. Not by some American standards. Our hair, eyes and skin is too dark. Our names are too long. Our clothes are too colorful. Our language is too loud. And our food has too much sazón.

I am not an immigrant but so often I feel like a foreigner in my own country.

And there are times when I don't know where I fit in.

I may not have a true understanding of the immigrant experience. But I understand the immigrant plight. The want for more. The need to do better. The desire to keep going even when society seems against you. The dream of opportunity.

This country was built by immigrants. It was built on a dream - millions of them.

It's what I love about America. It's the land of opportunity. And New York - it's a city of bright lights and big dreams.

***
I am honored to have been recognized by LATISM as a Top Bloguera for the 2nd year in a row. Today the Top 100 2013 Blogueras visited the United Nations to discuss immigration issues. We were encouraged to share our immigration story. And later this week, we will attend the Latism13 Conference.