The Upside to Autism

The last few weeks I've been feeling discouraged, overwhelmed, disgusted, frustrated.  The stress of the Turning 5 process is weighing down on me.  But this weekend, being away from The Boy made me realize what I was doing it for and made me appreciate the life that was given to me.  Having a child on the Autism Spectrum is difficult.  However, there are so many things to celebrate and be grateful for.  I wanted to name a few: 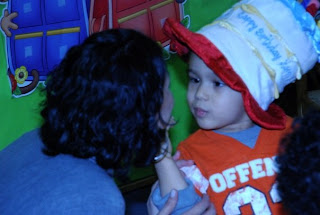 So yes, The Boy is a handflapper, stim-talker, relay racer, door closer, liner upper, plastice chewer.  But he's mine.  And he makes me smile every single day.