Yesterday we attended one my favorite Blogger events ever!

For those who know us in real life you know that The Husband is a hard core gamer and that he's been really working with The Boy to play video games. Recently, The Boy has been into it. And it's something we like to do together. Well, they play. I usually just watch.

Disney Infinity will be in stores today, we had the opportunity to play yesterday. And you know who taught us the ins and outs of the game? Jeff Bunker - the artistic director for the game. It was so cool.

And then we got to meet up with one my favorite blogger amigas:  Ruby of Growing Up Blaxican.

This was our first Blogger Event as a family and I was nervous about how The Boy would do. But I was really proud of him. He talked and made eye contact. He didn't try to wander away or have a melt down.


The Boy had a BLAST playing with the Disney Infinity game. He was really interested in playing with different characters and switching out disks. He was curious and asked questions. He was focused on playing. He played for 30 minutes. 30 MINUTES! And whenever The Husband tried to help, The Boy would brush him off and say, "I can do it all by myself."

I think video games are so important for kids with autism. I've written about the impact games have made with The Boy. Disney Infinity really allows a child to use their imagination. They hold the power to play the game they want to play. To build their own world with their favorite Disney Characters.

What's great about Disney Infinity is that there is no such thing as losing. So it's the perfect game for me. No pressure, you know. But it's also great for kids like The Boy because they can just play freely. And the free play allows kids to really learn how to handle the control pad. It could be a stepping stone to other games.

You don't have to be a hard core gamer to play Disney Infinity - its truly a game the whole family can play and enjoy. And I am really looking forward to creating many new adventures. 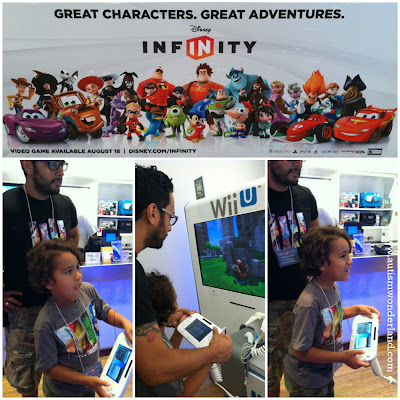 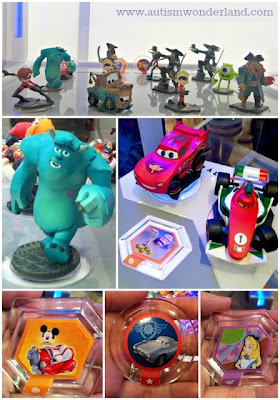 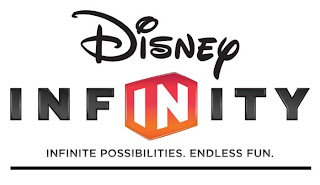 About Disney Infinity Disney Infinity is an all-new video game initiative starring the beloved characters from Walt Disney and Pixar Studios’ most popular franchises. Players can place real-world toy versions of their favorite Disney characters onto a device called the Infinity Base and transport them into the virtual game worlds of Monsters University, the Incredibles, Cars, Pirates of the Caribbean and The Lone Ranger, as well as into a giant Toy Box.

The Disney Infinity Starter Pack includes:
(retails for about $75.00)


You can play Disney Infinity on all of your favorite game consoles, PC and iPad.