A few weeks ago I had the opportunity to talk with Christina Mendez.  If you follow the NYC hip hop fashion scene or are just a fashionista in general - you'll recognize her face.  I had seen her face before but it wasn't until I read her story on Latinas Inspire that I realized we shared a common bond. 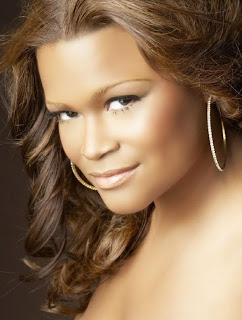 We are both Latina (I'm Puerto Rican.  Christina is Dominican).  We both are native New Yorkers.  And, most importantly, we are both autism moms.


You know in the first five minutes of talking to someone whether or not you click.  Within the first few minutes of talking to Christina, I knew we clicked. Especially when she said, "I'm hustling just like you." We both immediately understood each other.  We laughed like old girl friends.  Our "story" is similar is so many ways.  And we both want the same thing for our sons - acceptance, understanding and respect.

*
When did you first realize there was something "wrong" with Damian?

I was young when I had Damian.  As a first time mom, I didn't realize.  I just thought that Damian was a late bloomer and that every child is different.

How did you/your family react to the diagnosis?

I was shocked.  At the time, Damian was enrolled in day care.  His teacher suggested we have Damian evaluated.  At 2 years old, Damian was diagnosed with severe autism.  Doctors and specialists told us Damian would never speak, read or write.  Damian was diagnosed in the mid 1990s, no one was really talking about autism the way they are now.

The diagnosis was extremely difficult for Damian's dad.  He refused to believe it.

As for my mother - she is in denial, even today.  She will never say that Damian is autistic. She says "he has problems."  But Damian is her baby, she spoils him.

What was your defining moment of acceptance?


I remember during my senior year of high school - I was a bit of a wild child but in my last year - I had an internship working with autistic teenagers.  We were around the same age, but I was helping to take care of them and I just fell in love.  When Damian was diagnosed, I felt that God had prepared me for raising a child with autism.


How did you get involved with Autism Speaks?


I used to work for Verizon and was involved in the Hispanic Support Organization (Verizon employee group).  Every year we selected a charity to donate money.  The money we raised through the group, Verizon matched.  One year, we raised money for Autism Speaks and I developed a friendship with Jena Greco (Autism Speaks NYC Walk director).


Do you think Latinos are as aware when it comes to Autism?


Not really.  I've been working with Autism Speaks for 6 years and there isn't an A-List Latino celebrity supporting the organization.  Autism isn't something Latinos openly talk about.  And I believe as a community, we need someone to say it's okay.  (Christina made reference to an article on SheKnows - Celebrities with Autistic Children)

What has been the most rewarding aspect of being a special needs mom?

Seeing how far Damian has come.  They said he would never speak.  He now speaks both English and Spanish.  It's not always age appropriate - he still talks about Elmo - but he can communicate his needs and wants.  We never knew the progression was going to happen and it has.  Damian has worked really hard to get where he is - he's taught me so much.  He has taught me to appreciate the little things.