I can't believe it's the last Friday in February.  This month has been a whirlwind - a month of ups and downs.  Rejoices and rejections.  There's been so much going on that I haven't had the energy to write or read.  So this is my month in Fragments:

Back in November my mother's father, sister and brother were hospitalized.  My aunt was out within a few days - she's a feisty old broad, that one.  My grandfather (who is 89) was out after a few days too but he's not doing so great.  He needs insulin shots twice a day and my mother is the one that gives it to him.  She prepares his breakfast, lunch and dinner too.   As for my uncle, he just got out of the hospital. He's home and my mother checks in on him too.  (My mother, grandfather and uncle all live in the same building.)

And then my mom takes the train from Queens up to The Bronx 4 days a week to pick up The Boy from the bus.  (I know, my mom is a saint!)  Anyway - my mom is tired.  And she won't say it but I know all of this is taking a toll on her.  And I was trying to think of an alternative solution for after school childcare that will still allow The Boy to get his ABA therapy.  I'm VERY happy to have found one.  I asked one of The Boy's past teacher assistants if he'd be willing to pick up The Boy 2 days a week.  Not only did he agree to do it BUT he's super excited about seeing The Boy again.

This month The Boy had two evaluations: psychological and speech.  Which meant he had to miss 2 days of school.  Which also meant me rearranging my work schedule for a few days.  Which meant I had to take 2 buses to get to the evaluation place.  Sit 2 hours through the evaluation.  Answer the same questions I've been asked for the last three years.  Then take a bus to the train station.  Take the train into the City.  Drop The Boy off at the company back up day care (a major perk that I LOVE!) and then run up 9 city blocks and 2 avenues to my office.  Work for a few hours, then run back the 9 blocks and 2 avenues down to pick up The Boy from the daycare.  And then...luckily both days, The Husband picked us up in the City.

Earlier this month, I was invited to this amazing lunch hosted by the Ladies Home Journal.  I was pretty honored to be there - I was in the room with real writers, women that I had been reading for last the year.  As a secretary, I'm used to being seen and not heard.  I'm used to sitting in on meetings taking minutes, but never would I dare offer my opinion.  Most of the time, I'm ignored; the higher ups just don't talk to the secretary.  It's just the way the corporate world works.  So to be at this table among these inspiring powerful group of women, mothers, special needs writers/advocates - was sort of intimidating.  But it was one of the best experiences I've had (as a blog writer) and that post is coming soon.


*
Speaking of amazing experiences...I've been invited to write guest posts on a few websites.  And it feels really good, to get that kind of response to my writing - it's validating.  But wouldn't you know - I've had an incredibly case of writer's block.  And I have these great opportunities and I'm struggling.  I mean, if I write something crappy here...that's one thing.  I can revise or delete.  But to write something crappy for another blog  - one that gets way more traffic than mine?  There's no going back.  It's quite a bit of pressure...


*
I stepped on the scale...as a result, I've been trying to exercise more.  That post is sitting in my drafts.   Have I lost any weight?  Nope - I've been losing & gaining the same damn 3 pounds.  But I have to get serious. 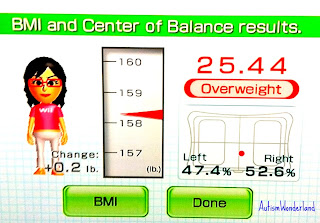 *
This time last year, I had no idea where The Boy was going to go to school.  Then a school accepted him.  Then we started...and it's been a roller coaster ride ever since.  I probably shouldn't even be writing about it anymore but screw it.  A school shouldn't retaliate if the truth is being told.  Anyway - everyone is giving me the run around and I'm dizzy.  One day The Boy isn't appropriate, the next day he is.  And once again, I have no idea where The Boy is going to be placed in September.


*
And did I mention, I may be going to an Impartial Hearing in the next few weeks.  Did I mention, I'm going pro se (without an attorney).

Play along! Don't know how?
Check out Mrs. 4444
at Half Past Kissin Time
for more Friday Fragments.